We offer quality entertainment from local and regional acts as a showcase event that gives our fairgoers quality entertainment and the acts exposure to thousands of people.  Our first music festival in October of 2013 was a successful one with over 40 acts on stage.   We were especially proud of our local Slapout, solo acoustic performer, Jess Meuse, who has been very successful on this year's American Idol.  We enjoyed her performance at our Fall Festival and are pulling for her success on American Idol.

If you have an entertainment act and may be interested in performing, contact Gary Essary with the details.  We are booking acts now for the Spring Carnival. 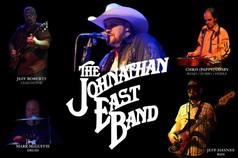 ACF Spring Music Festival is excited to announce this year's Saturday Night Headliner--The Johnathan East Band.  A popular country group that headlined the 2013 Fall Festival's Friday Night will be back to entertain our guest on Saturday, 19 April 2014.

Born and raised in Clay County, Alabama, Singer / Songwriter Johnathan East has always had a passion for music. He started playing guitar around the age of thirteen and began writing and singing songs about his southern country life, the lifestyle that he grew up around, in addition to stories that came from true life experiences and down home living.

After years of just playing for friends, Johnathan decided to break out into the local music scene. He played at wedding receptions, birthday parties and private events in and around his hometown of Lineville, Alabama. Playing around town, the locals fell in love with this modern country singer because of his genuine style and his rebel attitude.

His first appearance in the local music scene was at AJ’s restaurant in Anniston. He was soon known across east Alabama and parts of Georgia for his different style of country music. Johnathan was making his way to the top of the local music scene. His music career was becoming a success after all the hard work and dedication he put into his passion and love of music. In 2007, Johnathan released his very first self-produced album, “Grits and Gravy”. In the years that followed, Johnathan released several more albums, “One Horse Town”, "Hayseed", "Fresh Out of Love Songs" and his most recent album, "Hangin' By a Thread".

In December, 2011, Johnathan decided to take his music production to a whole different level. He released a music video to his song “American Boy” and with that, he had so much positive feedback, that he immediately began working on a second music video. This video was to his original song that is a fan favorite, “A Little on the Redneck Side”. He released this video in April, 2013, and with the video, the popularity of the song continues to grow.

With all of Johnathan’s songwriting ventures thus far and more to come in the future, he decided to form his own Publishing Company, Triple East Music and his own music company, Triple E Entertainment, LLC, both which promote his original music. In addition to songwriting, Johnathan East has recently been touring around the Southeast playing his original music, along with a number of country and southern rock cover songs as an acoustic act and with The Johnathan East Band.

Surviving The Fall is a Christian Rock band based in Prattville, Alabama. Our mission is to bring glory and honor to Jesus Christ through our music. 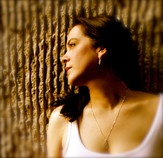 Holley is a singer/songwriter from Birmingham, Alabama. Growing up singing mostly in Church services, Holley never ventured out beyond those doors until 1997. Thanks for her talent for writing songs that cross many musical genres, her popularity has grown over the past 15 years with a large local following.

Moved by emotion, Holley has a flair for writing harmonious ballads and catchy up-swing tunes that draw the listener in. Her writing seems to thrive most around two or three part harmony choruses, culminating with soulful interludes and bluesy ends. Her versatility has kept her busy writing country, rock, hip-hop and folk/pop music..

Brandon Self and the Outlaw Revival  Friday, 18 April 7:30pm

ACF Spring Music Festival is excited to announce this year's Friday Night Headliner--Brandon Self and the Outlaw Revival.

B.S.O.R. is a band consisting of musicians who have payed their dues playing the honky tonks and out of the way places throughout the Southeast for most of our adult life.

Not conforming to the mass produced sounds of many of today's acts we stay true to our roots and write about real life experiences. We play our own instruments, write our own lyrics and revel in our flaws. We are a band for the promotion of original music and the rebuilding of respect for the music that got us here.

Our band consists of Brandon Self on acoustic guitar, mandolin, and lead vocals, Buddy Tillery on Bass, Luke "Blindcat" Bond on the lead guitar and Richie Hudson on drums. 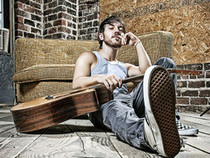 In a society where people just want a temporary escape, one can be found in the soulful styling's of Ryan Alan Project. Each member has already been established as extremely gifted in the music industry, and they perform with a passion that is rare even in today’s most experienced musical artists & Bands. Ryan released his first complete album through Real Records in 2010. Ryan Alan, Bridges & Barricades.. Ryan Alan Project will be releasing a new album in the near future. 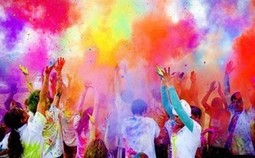 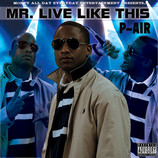 I was born in Selma,Alabama June 30,1987. Throughtout my upbringing,I listened to all types of music because I was always around older siblings and relatives. Therfore, at any early age I was able to understand and analyze lyrics which inspired me to become a hip hop artist. I recorded my first song when I was in the 8th grade. I joined forces with my best friends to form a group that was named the Cinco Boyz in reference to our high school graduating class of 2005. Members of this group included my current partners in rhyme: M-See,J-Perk, & J-Styles. We released our first album in 2003 entitled "Cinco Some Serious" and our sophmore album "Cinco's Finest" in 2004. These albums generated enough buzz and gave us confidence to believe that we could actually pursue music seriously. In 2008, we formed a Money All Day Everyday Entertainment LLC.We all attended college. I attended Alabama State University and majored in Social Science Edu.In April 2010, we released "Fresh off Pluto",M-See's debut LP. My debut album "Mr. Live Like This" will be released in June 2011. I plan to have a tenured musical career and Money All Day Everyday Entertainment will be the first hip hop group in which every member will have a college degree. We aspire to make timeless music that all fans can enjoy while showing people that their dreams could be obtained, and that there is nothing wrong with being educated and having several options and resouces to succeed. Im inpired by artists such as 2pac,Notorious B.I.G.,Michael Jackson,Cashmoney,No Limit,T.I.,UGK,Young Jeezy,Kanye West,Lil Wayne,Eminem,Lil Boosie, The Temptaions,DMX,and Jay-Z. 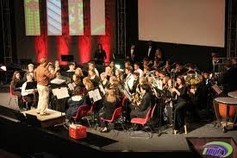 Matthew York (age 19) is an up and coming Country/ Southern Rock Artist from the back roads of Southern Alabama. This 19 year old Alabamian delivers a unique deep sultry voice that is beyond his years.
Matthew grew up in Selma/Prattville, AL. Matthew started playing guitar at 12. Writing became an outlet for Matthew and is shown in his lyrics. His first CD was released at the age of 15. Matthew under the stage name "Catfish York" wrote all tracks on his debut CD "Welcome Come to Prattville". Matthew took a hiatus from music for a few years to focus on his studies. He came back out on the music scene after graduation June of 2013. Since that time Matthew has been unstoppable. Playing venues all over the wiregrass as an Acoustic Artist.
November 2013, Matthew joined up with other experience wiregrass talents to form Matthew York's A List. The “A list” consists of A List musicians such as, Grant Robinson, drummer (former drummer of Aerias, Jury), Keith Hollingsworth, lead guitarist (former lead guitarist for Jury), and Brian Hart, Bassist (former bassist for Ever After). The rock background of the "A List" combined with Matthew's deep sultry country vocals delivers a modern country sound that can't be beat.
In their short time together they have open for Jeff Bates, Mustang Sally and played venues such as Cowboys, Slow Country, and Double Branch Bar. They have recently become one of Alabama's #1 Honky Tonk Cowboys house bands. Their current EP release titled "Too Good, To Be True" definitely delivers.

Brittany Smith Johnson (Britt Johnson) was born in Mobile, AL but currently resides in Millbrook. Music is her passion and has been since she can remember. She finds it fascinating how powerful music can be. Through music, a person has the power to touch people’s lives, bring back certain memories, and to provide captivating entertainment. She has been playing live music for audiences in several places in her home town. These places include One More on the River, Mellow Mushroom, Reflections, AW Shucks, Boomerangs, Friends Sports Bar, Café Firenze, Rock Bottom, Ric n Moes, Bogeys (Defuniak Springs, FL), Dooleys, The Eclectic Tavern, Sportzpub Selma, and a few others. With the success of her local shows, she is now expanding her presence outside of the local area. 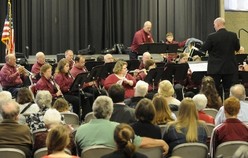 The Prattville Pops provides sterling entertainment for the community. Under the direction of Ken Lantz, talented individuals blend perfectly together to create a rich, beautiful sound. As part of the recent Fountain City Art Festival, they provided entertainment at the Jack Warner Dinner held at The Legends. Their music added to the festivities. They also provide entertainment each year at the Independence Day Celebration!

If so, this non-auditioned band is open to all adults. The orchestra plays a variety of music and is featured at numerous city events. They are currently looking for members to start a Jazz Ensemble. Concerts will be scheduled. Come and enjoy the fun and excitement.

Rehearsals are from 7-9 p.m. on Tuesday nights at the Prattville Junior High Band Room, 1089 Martin Luther King Drive. For more information, you can check out our Facebook page, call the City of Prattville’s Cultural Arts Office at 358-0297.

Current officers of the Prattville Pops are:

Life Through Colors      Tuesday   7:00pm
The Montgomery, Alabama based group Life Through Colors is comprised of Jimbo the Jet, Rockette and T. Pope. The trio is blazing a trail throughout the southeast. The mixture of their southern rap style, urban rhythm and smooth rhyme is quickly garnering them popularity among young people who identify with radio singles I Rise and Confident – which serve as a source of encouragement in overcoming life’s obstacles. The group is working hard for a place among today’s emerging new artists in the Christian Rap and Hip-Hop arena. Learn more at http://lifethroughcolors.com. 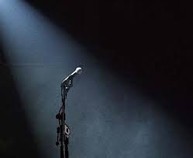 Here's your chance to entertain on the Blue Stage for Autauga County.  Bring your CD, instruments, and a smile to perform our our Talent Night at the Fair.